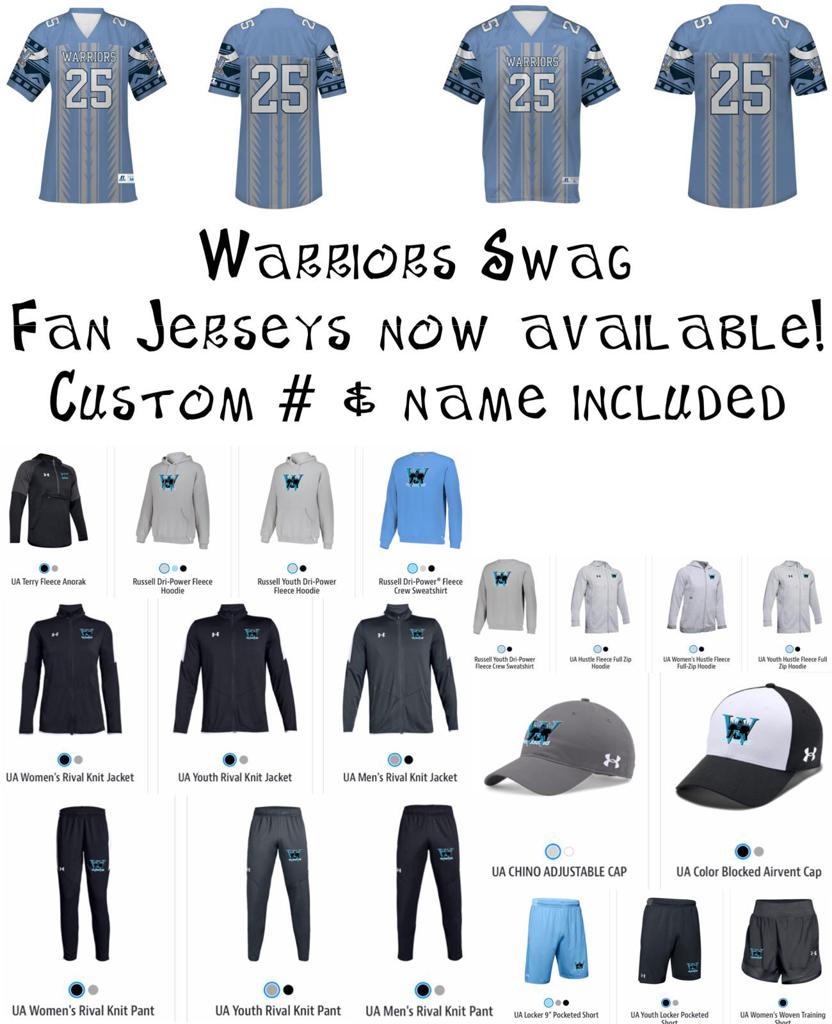 If you have any questions, please email president@rpwarriors.org

Kahlil Bell, former running back at UCLA, and in the NFL with the Chicago Bears, Green Bay Packers and New York Jets has also partnered with two of the most successful coaches in Sonoma County, Paul Cornin from Cardinal Newman HS and Trent Herzog from St. Vincent's de Paul High School.

D1 Bound Football will begin it's Skills Camps on March 7 at Cardinal Newman High School and St. Vincent de Paul High School.  The clinics will be 90-minute sessions with an emphasis on passing, catching, ball carrying, route running, man-to-man and zone coverages, and conclude with flag football 7-on-7 scrimmages. Summer Camps will also be offered beginning June 21, and will feature similar training sessions as the Skill Camps with an emphasis on having fun while learning the fundamentals, techniques, fitness, nutrition and mental toughness to succeed in the game of football.  https://d1boundfootball.com/skills-camps.php

On April 10th, D1 Bound will launch its flag football season as an official NFL affiliate under the league’s brand, NFL Flag, the largest flag football organization in the U.S. and the only one where players wear official NFL gear. Registration is now open for an 8-week football season. Games will be played in a 7-on-7 format and this coed league will feature the following age brackets: ages 5-6, ages 7-8, ages 9-10, ages 11-12 and ages 13-14. Locations will be St. Vincent de Paul High School.  https://d1boundfootball.com/flag-football-spring.php

Lastly, D1 Bound will be creating their own newsletter and database. If you would like to opt in to the D1 Bound Football Academy newsletter please email Kahlil Bell - kahlil@d1boundfootball.com

2021 Season information will be released soon

2021 Schedule is still being determined